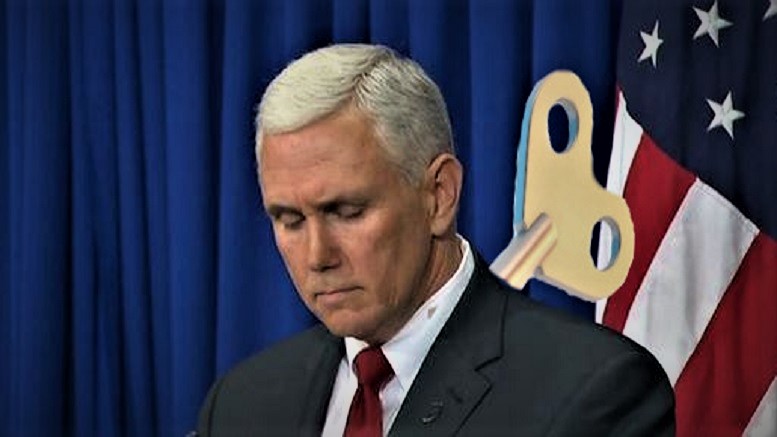 (The White House) There were desperate scenes following today’s coronavirus briefing when Vice President Mike Pence appeared to take severely ill. Witnessess says his head slumped forwards and his fawning over President Trump slowed down to where it was just a deep drawn-out tone.

“That’s when we knew something was very wrong.”

After checking that he wasn’t merely praying, paramedics put out an emergency call for a wind-up key that was a match for the Vice President.

“Fortunately there was one left over from when former UK Prime Minister Theresa May was visiting or he might have wound down completely.”

Once Pence showed signs of life, they made sure he was okay by asking him what year it was and who is the current President of the United States.

“He said 2020 and the greatest man who ever lived so we knew he was just fine.”