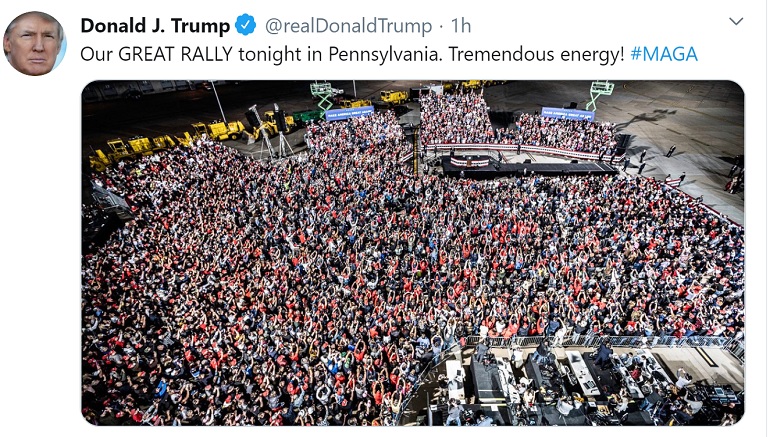 (Moon, PA) A local rally held by President Trump has been declared an overwhelming success by Republican SuperPAC “Viruses For Trump”, who said the event was one of their best to date during the current election season.

“It was a banner night!”

With enthusiastic supporters penned in close together without face coverings – except for the occasional individual who was duly heckled or beaten – the organization said turnout couldn’t have been better.

“Obviously it would have been even nicer if they would have all made out with each other, but you can’t have everything – especially with the level of homophobia present!”

The SuperPAC was more than satisfied with the message Trump put out during the high-energy evening.

“Banning abortion is good because that’s another potential host we can take advantage of, though it’s his opposition to wearing masks that really gets us excited!”

The powerful lobby group, which has established a firm grip on the United States in recent months, says it doesn’t see how it could ever support a Biden Presidency.

“It’s not just that he doesn’t want to actively support us and create an environment in which we can thrive – he seems to want to completely eradicate us. So not cool!”