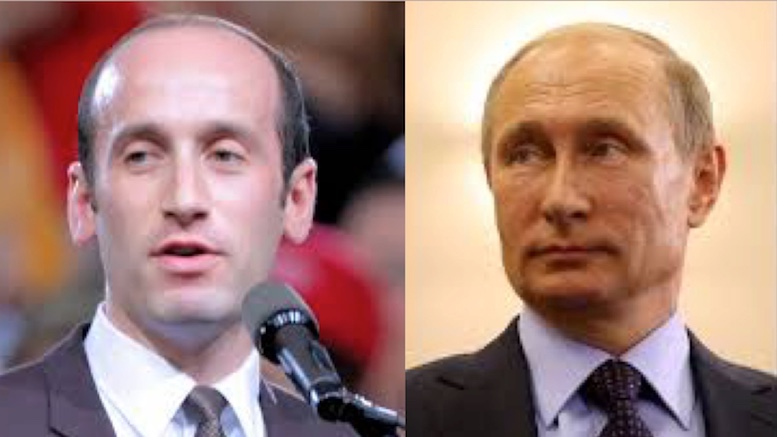 Following a turbulent appearance on CNN, senior Trump aide Stephen Miller has reminded everyone just how combative he can be, and how closely he resembles a certain foreign leader.

In a further twist, Russian President Vladimir Putin has confessed the reason he looks so similar to Miller is that it is really him in disguise.

“Obviously I am more handsome without the makeup, but yes, it is me.”

Putin explained the trick he used to adopt the persona of the senior advisor known to Americans as Stephen Miller.

He said the impersonation was meant to be a one-off during the election, but he enjoyed it so much he kept sneaking back into the United States to do it again, including a memorable performance in the wake of Anthony Scaramucci’s dismissal.

“When I am being myself in Russia I never get to spar with hostile journalists on account of their being already dead. So this was fun for me.”