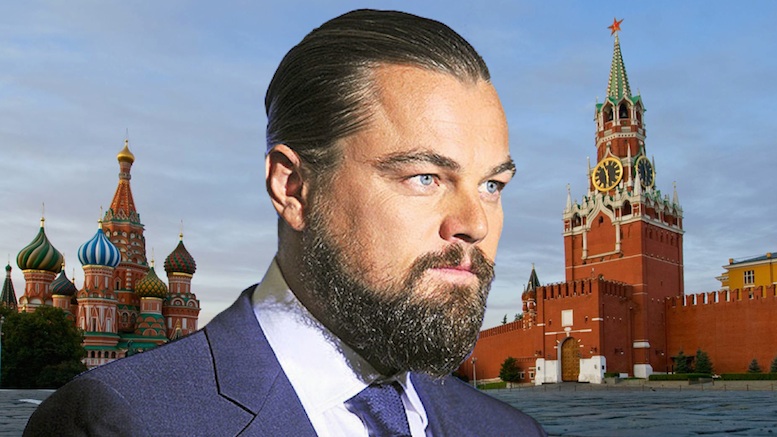 While promoting his latest movie, The Revenant, in Germany, Leonardo DiCaprio drew attention for a comment that he would very much like to play Vladimir Putin. Apparently not understanding that DiCaprio meant play him in the acting sense, Putin has ordered a change in the Russian constitution that allows him to appoint a stand-in for a period of one year, after which power will revert back to the former KGB colonel.

“I loved in him in Titanic and The Wolf Of Wall Street, so if Leo says he wants to be me for a while, how can I refuse?”

Putin has already retired to a Black Sea resort, as DiCaprio is now the de jure and de facto leader of the country. Putin said he doesn’t want to tell the Hollywood star what to do during his time as the effective dictator of the Commonwealth of Independent States, but he suggests finishing off ISIS, as that’s bound to be a popular move.

“Just remember to make sure Assad is still standing when you’re done.”

Putin also hopes, based on DiCaprio’s obvious intelligence as exhibited in films like The Departed and Inception, that he will figure out how to wrestle the rest of Ukraine away from the grip of the West, something Putin has struggled to pull off. One thing Putin does not expect is for his despicable anti-LGBT policies to be enforced while DiCaprio is in power.

“He was one of the leads in Total Eclipse, after all.”