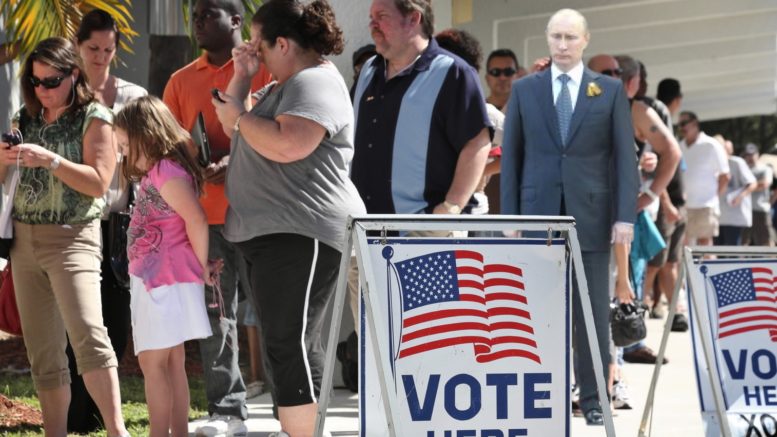 (Miami, FL) Viewed as essential to Trump’s chances of success, Florida is notorious for its razor sharp Presidential election margins.

With every vote likely to count, election officials became suspicious when a man in a dark suit, who looked remarkably like Russian leader Vladimir Putin, was seen waiting patiently in line to vote in Miami Dade County.

When challenged, Putin said his name was Reggie Eisenstein and insisted he had a right to vote without having to produce I.D.

Election officials held their ground, saying that all the Reggie Eisensteins on the electoral register had already voted and they would need to see proof of identity. The Russian Premier scowled at them briefly and left.

A spokesperson for the Clinton Campaign said they were disappointed, but not surprised.

“We told you all along the Russians were trying to influence this election and not in our favor.”