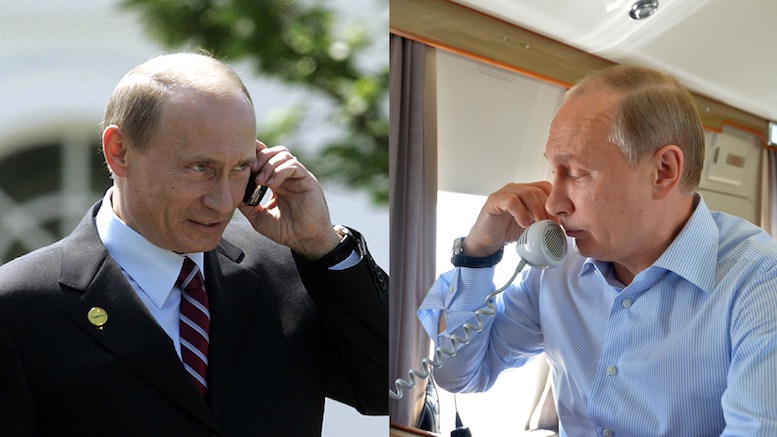 (MOSCOW, RUSSIA) As is customary after each US election, World Leaders have been making congratulatory calls to the winner. Today, the Kremlin released a photograph of Russian leader Vladimir Putin making a call to the victor in that contest, himself.

Though the details of the call remain private, Putin reportedly lavished praise upon Putin and the way he expertly conspired to defeat his formidable opponent, Hillary Clinton, and promised to work side-by-side with him in realizing a common vision of the future.

Pessimists who predicted a decline in US-Russian relations can take heart from the call, in which both parties were said to be ‘of one mind’ on how they planned to tackle a multitude of critical issues.

They are expected to proceed in lockstep on matters such as the Ukraine, the Baltic States, Syria, and fostering the collapse of NATO and the European Union.