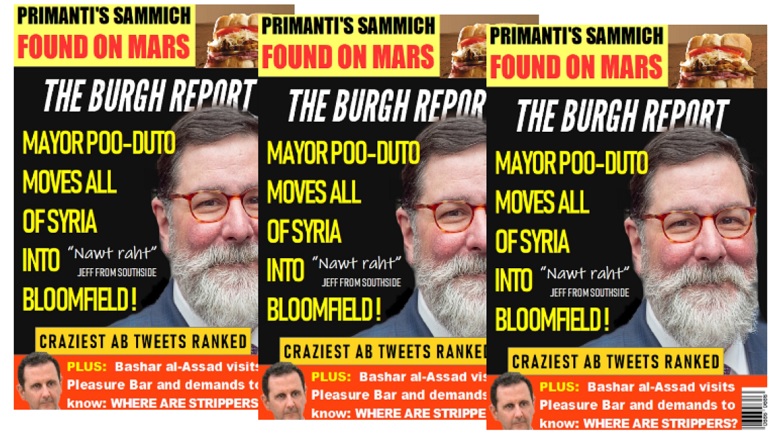 Good question! What IS The Burgh Report?

The answer is we’re not 100% sure yet. But we love those National Inquirer covers and it’s just too much fun not to do a local version that sends up the arguments people use around here to justify some unpleasant attitudes and positions. Obviously it’s going to be important to make it so ridiculous so it doesn’t end up a list of right wing talking points rather than a critique (it will anyway they way they are going).

But it must also be fun too. So, yes, there will be an article about the implication of a Primanti’s cheesesteak being found on Mars, or maybe it was just found in Mars which would be even more astounding as the nearest Primanti’s is in Cranberry which is part of a completely different universe.

We’re thinking it could make for a popular small newsletter or pamplet publication with regular features like commentary from Jeff from the SouthSide, lots of lists and rankings (don’t we love those?) and guest columnists. Naturally a centerpeice will be the main editorial that reads like one of John Robinson Block’s wet dreams.

2 Comments on "What is THE BURGH REPORT?"