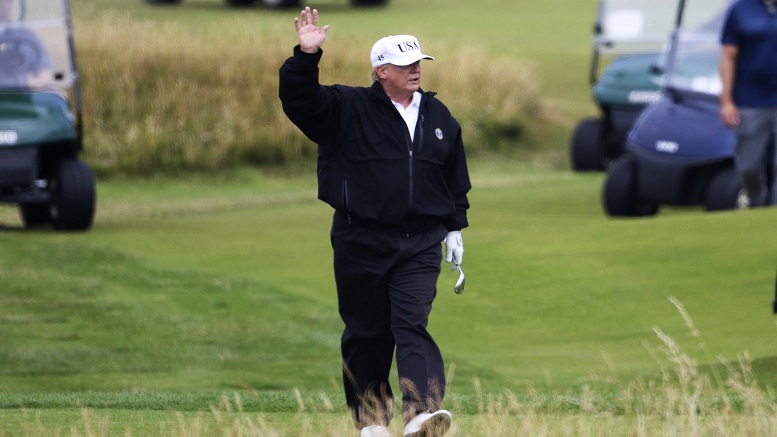 (The White House) In apparent recognition of the imminent reality that his term of office is coming to an end, President Trump has authorized an official statement confirming that his last full day of not working will be this Tuesday.

“President Trump will not work for the American people this Tuesday just as he has done every day for the last four years, but this will be his last full day not working as the Chief Executive.”

The following day, Trump plans to not work as President for one or two hours before departing the White House for Florida in advance of President-Elect Biden’s inauguration. Asked what he would miss most about not working as President, a rueful Trump was brief and to the point.

“The golf. And not having to pay for jet fuel.”