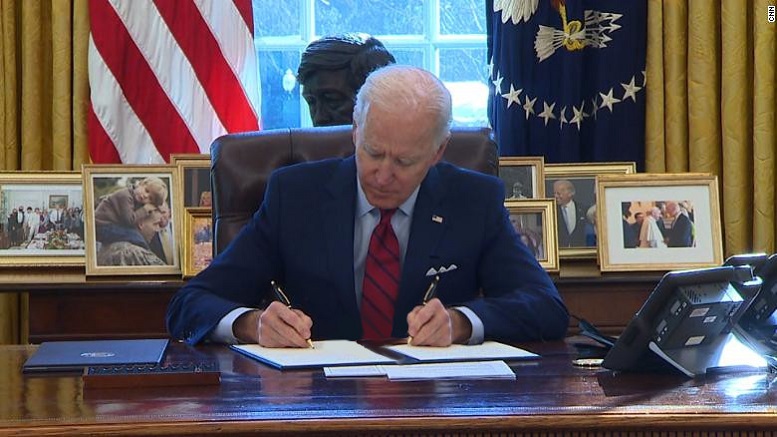 President Biden has kicked his prolific issuing of Executive Orders up yet another notch, which are now coming out at a rate few thought physically possible. But a staffer to the president has confirmed he is now ‘double-teaming it in the Oval Office’ after having a revelation this morning.

“I was presenting him with EOs as fast as he could sign them with his right hand when he looked at his left hand just sitting there and said: We’ve got to put this limb to work!”

With his new ambidextrous approach Biden says he will be able to undo Trump’s harmful legacy even faster. Though his lefty signature looks – as Biden readily admits – like ‘chicken-scratch’, constitutional experts say it still passes muster and carries the full force of his office.

“He could sign executive orders with his feet and it would count – but don’t tell him that or he’ll be wanting to issue them four at a time.”