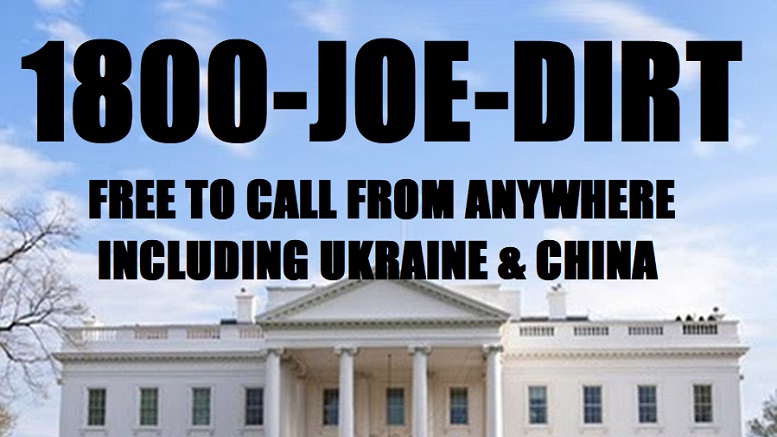 Triplying down on his asserted right to encourage foreign governments to hobble his political opponents, President Trump today announced he has set-up a free hotline for overseas leaders to undermine Joe Biden anyway they can.

Though he would like to answer every call himself, Trump said that won’t always be practical, in which case the foreign leader should leave as detailed a message as possible with any dirt they have or can think up.

“Since I’m asking 194 sovereign nations as well as multinational organizations to dish dirt on Joe I can’t personally take all the calls, but I promise to follow up on your unfounded allegations as soon as possible.”

There will also be an automated menu where you can choose to leave dirt on other people the President has a problem with.

“There’s over 10,000 choices on that menu, including everything from Obama to Greta Thunberg to the US Women’s soccer team, so take your time!”

Trump added that if leaders know the location of any dirt but can’t access it they should not hesitate to call anyway.

“If it’s locked away somewhere just leave what you know and I’ll arrange for some burglers to get hold of it. Easy!”