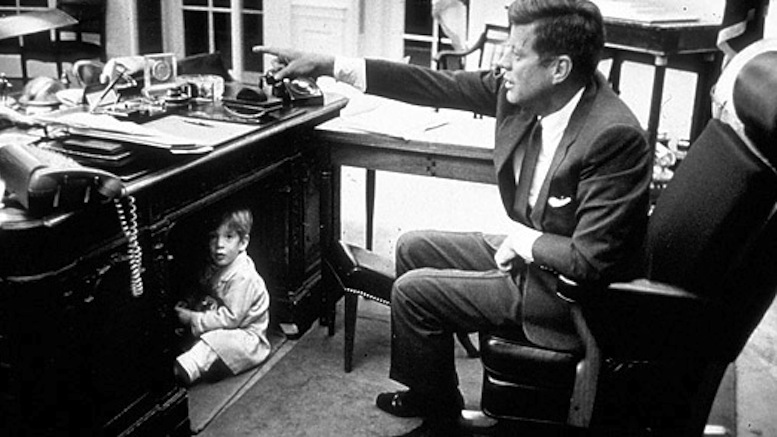 Though there have been plenty of young girls living at 1600 Pennsylvania Avenue over the years, January 20 will mark the first time since the Kennedy Administration that a male child will move into the White House.

The child is reportedly excited to see the Oval Office, but, unlike John-John, will not be able to hide under the Resolute Desk as he is over 6 feet tall and weighs in excess of 230 lbs.

The new inhabitant is said to be very energetic, rarely willing to go to bed on time, and is known to refuse to give up his favorite electronic toys like his smartphone even when adults beg him to do so.

Since young boys tend to poke and prod anything they can get their hands on, preparations being made include warehousing a pair of priceless French porcelain vases with painted images of George Washington and John Adams, and hiding the nuclear football which is not a toy.

Talk of a second male child called Barron moving to the White House are unconfirmed, and he is reportedly staying in New York City with his mother for now.