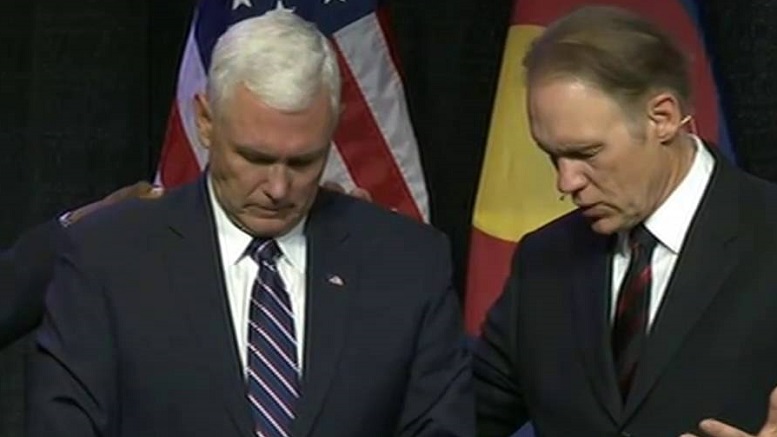 To boost the confidence of an anxious public, the White House today released a photo of the coronavirus task force hard at work to safeguard the public and prevent community transmission. Inside sources reported that Vice President Mike President was taking his role as leader of the response to the threat very seriously.

“I’ve never seen him pray this hard before.”

Even since President Trump made him responsible for the looming health crisis, Pence has reportedly been tirelessly working to live up to the immense responsibility he has been entrusted with.

“He literally has his eyes shut, his hands clasped, and his head bowed around the clock. That’s how dedicated he is.”

They also commended Pence on being open to trying unorthodox methods in his bid to do whatever it takes to avoid a national catastrophe.

“Though it’s not something he would normally countenance, he’s called for candles and incense sticks to be lit to maximize the chances of containing this deadly pathogen.”