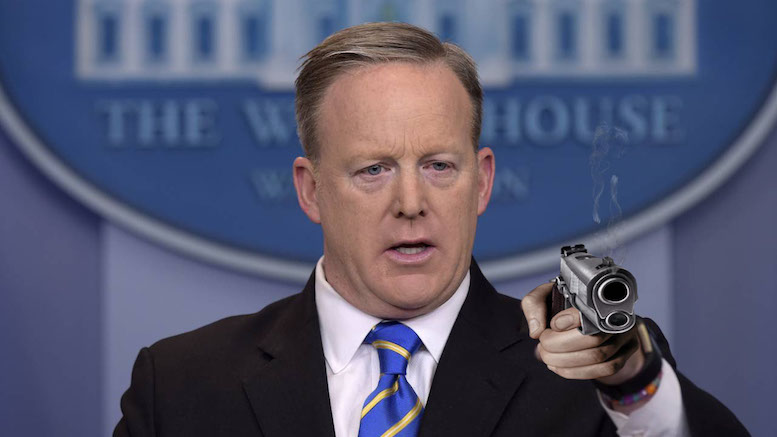 Paramedics and police have been called to the White House briefing room following an incident in which a reporter was sadly shot and killed.

There appeared to be little doubt who the culprit was, as Sean Spicer was still holding a smoking firearm when they arrived.

When asked if he’d shot the reporter, Spicer said she was in the process of eyerolling him ‘so yeah’.

Other reporters criticized Spicer’s killing of their colleague, with some speculating that it wasn’t even an eyeroll, but something outside that caught everyone’s eye.

Still they managed to feel a hint of sympathy for the beleaguered Press Secretary, who has been having a particularly hard time of late.

“What with the shaking head incident, wearing the flag pin upside down, being mocked mercilessly on SNL, having to spin so many blatant lies with a straight face, and now the Holocaust thing – he may be a little stressed out.”

President Trump encouraged Spicer to talk to authorities about the incident but only if they granted him immunity first.