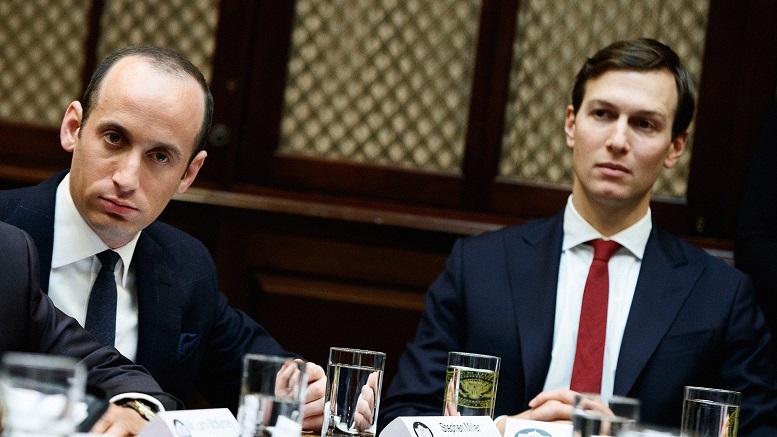 The corridors were buzzing in the White House today following President Trump’s address to the country on the coronavirus outbreak. With the markets again in free-fall over concerns about the administration’s response, Trump demanded a way be found to blame the current decline of the Dow Jones on Obama.

“Or Hillary at the very least.”

Top Trump advisers Stephen Miller and son-in-law Jared Kushner are said to be working tirelessly on the problem. Privately they admit this is an uphill struggle given the latest Wall Street panic immediately followed Trump’s delivery of the speech they wrote to reassure everybody.

“Fortunately we have the Republican base’s willingness to accept anything negative about Obama – however preposterous – working in our favor.”

They’re keen to find a solution to the problem as soon as possible, so they can get on with the business of gaining further partisan advantage from the current pandemic – including punishing more countries critical of the President with politically motivated travel bans.

“Targeting Europe while excluding the UK led by Boris Johnson was a good start, but there is still so much more to be done.”

Beyond that, they say there is potential to make coronavirus testing widely available to the public, once a robust way to profit from it has been identified and put in place.

“There’s a lot to exploit here, but we’re just two people at the end of the day.”