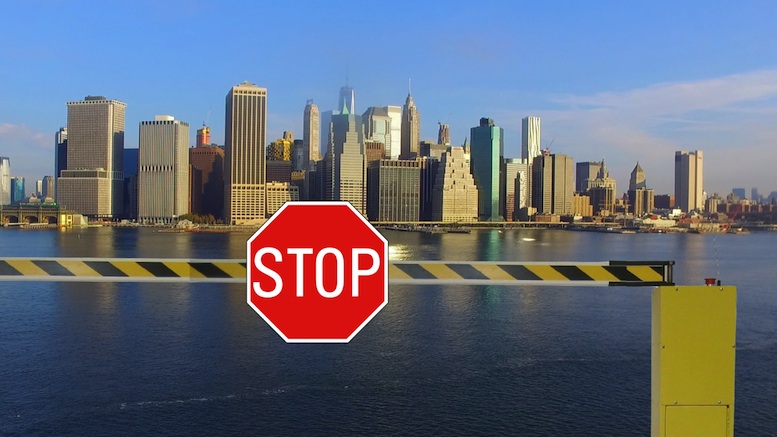 (New York, NY) Starting Monday all white males seeking to enter New York City will be turned away at all ports, airports, and tunnels. Mayor Bill de Blasio said the travel ban was necessary following a horrific incident in which an African-American man was fatally stabbed by someone who had come into the city for exactly that purpose.

“We need to be protected from heinous acts like this and the perp was a white male so need I say more?”

Though the man came from Baltimore, Maryland itself will not be included in the ban. Instead, four states close to Maryland will be targeted – Pennsylvania, Delaware, Virginia, and New Jersey – together with the District of Columbia.

“Unfortunately this means the President will not be able to return to Trump Tower, as New Yorkers’ safety must come first.”

White males already in New York City will be allowed to stay for now, though if they leave they will not be let back in.

“Also, to those women and males of color still coming into our city, remember to leave your laptops and tablets behind.”

When asked for the reasoning behind the electronics ban, de Blasio said it was to prevent them from being used to stab people.