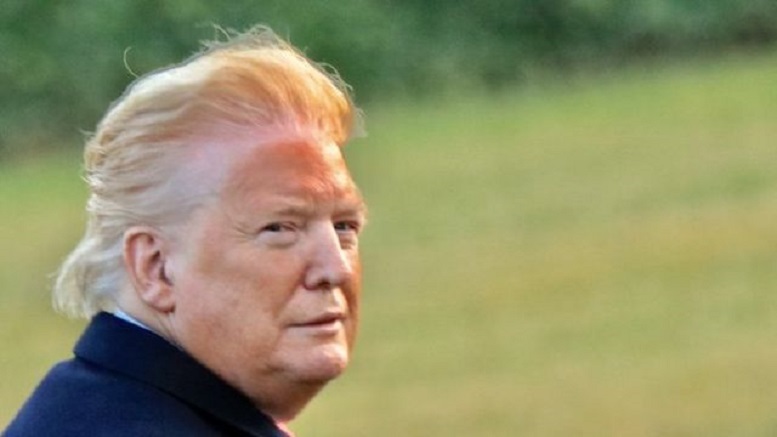 A gust of wind has brutally exposed President Trump’s bizzare facial tan lines, which is being interpretated as pushback against Trump’s dismissal of wind as a useful source of green energy.

“Clearly this President chose the wrong weather element to pick on.”

The wind has defended its actions, making the point that it was President Trump who took the gloves off first.

“Saying windmills cause cancer was a low blow.”

This marks the latest incident in the ongoing feud between Trump and wind, which blew over a section of his border wall a few weeks ago. It claims that was just an accident, however, and not an intentional effort to embarrass the administration.