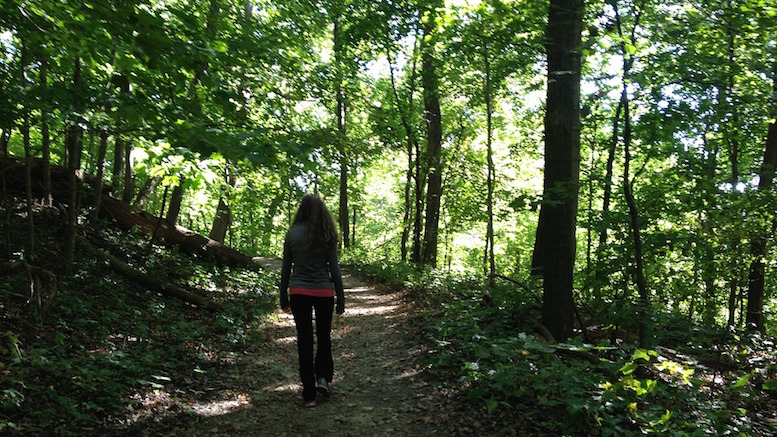 A Cleveland woman expressed disappointment today with her hike through the woods which, despite the perfect weather and fall leaves on display, was deemed a total failure due to the complete absence of a losing Democratic Presidential nominee who could have broken the glass ceiling were she elected.

“All I wanted was to bump into Hillary, get a selfie with her, and maybe catch a glimpse of her on the verge of total emotional collapse at the thought of spending so much of her life dedicated to a goal that was snatched away from her yet again, only to pull herself together and point out a blue finch to me.”

Even as darkness descended, the chairwoman of her local branch office of the Hillary2016 campaign held out hope that she would encounter the person she thought she would be telling her grandchildren about one day.

“I didn’t drive over 500 miles to Chappaqua past the Laurel Highlands and the Poconos to hike here for the flora and fauna.”

However, it was not to be, since despite traipsing back and forth through the woods for over twelve hours, there was not an almost-President to be seen.