In today’s point/counterpoint we ask whether PA Attorney General Kathleen Kane should have been indicted.

The charges contend that she violated grand jury secrecy laws and subsequently lied about this under oath. Surprisingly she’s was only the second attorney general to be criminally charged within the space of a week – Texas AG Ken Paxton was charged with securities fraud – which is pretty good when you consider there’s like fifty of them.

Editorial note:  BreakingBurgh.com does not hold a position on this matter.  This is because we pride ourselves on our journalistic independence, and is not because we are terribly afraid of what Kathleen Kane might do to us if she pulls through this ordeal. 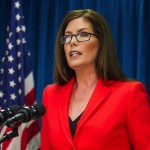 As Attorney General and chief law enforcement officer for the great Commonwealth of Pennsylvania I wholeheartedly endorse the proposition that anyone who is suspected of leaking classified grand jury information be charged and prosecuted in accordance with the system of laws we are all subject to. But we must not stop there. We must leave no stone unturned in exposing the corruption at all levels, including going back through the years, long before I was in office, so that everyone, and I mean everyone, gets what they deserve. As for the woman in question who is rightfully facing charges, we must remember that she is innocent until proven guilty, and we cannot possibly know what was in her mind, let alone her heart, when she leaked this information. Allegedly leaked, I mean. Allegedly. 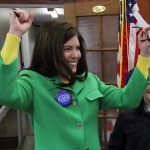 NO by Popular Gal About Town Kathleen Kane

Hey Peeps, your good friend Kat K here. I’ve been asked to comment on the criminal charges being brought against the Attorney General. I don’t really follow this stuff but it sounds to me like she was just engaging in some juicy gossip. Aren’t there bigger things to worry about in the world these days than a few girlfriends talking trash about some former prosecutors? Like ISIS maybe? Plus those people who were the supposed “victims” were probably no angels themselves. IDK I’m just spouting off – you know how I get. Especially once it’s happy hour Woo Hoo! And what’s up with the newbie Governor calling for the Attorney General to step down while this plays itself out? Not cool Wolfie!  You never know – if you keep going on and on about how other people should resign, then maybe someone might leak some embarrassing classified information about you. Just sayin’  Catch u later y’all!

1 Comment on "POINT/COUNTERPOINT Should PA Attorney General Kathleen Kane Have Been Indicted?"